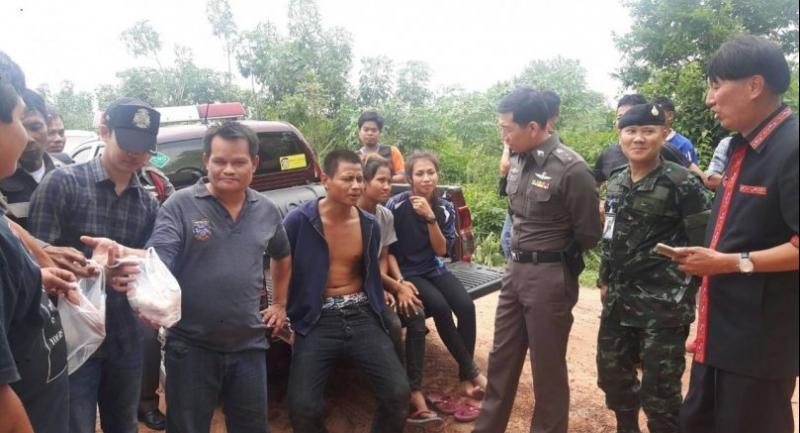 A suspect in a drugs case, Surasak Khanthamat – who fled a local police station’s detention cell in Roi Et’s Phon Thong district on Saturday with another suspect, Surachai Phumipak, and their two girlfriends – was recaptured along with the two women in a wooded area of Kalasin’s Na Mon district on Thursday morning.

Police continued to hunt for Surachai as of press time.

The suspects fled the cell after Pol Sgt-Major Chalad Naen-udon reportedly let their girlfriends, aged 18 and 21, visit them in the cell at 4am on Saturday.

Chalad has been dismissed from the civil service and is facing two criminal charges for not exercising his police duties and reckless action resulting in the escape of the detainees.

The Roi Et Court had issued arrest warrants for the two suspects and their girlfriends over the jailbreak.

A CCTV recording, which showed the girlfriends kissing and hugging Surasak and Surachai before they all escaped from the cell, went viral on social media and drew criticism targeting the police officer’s action.