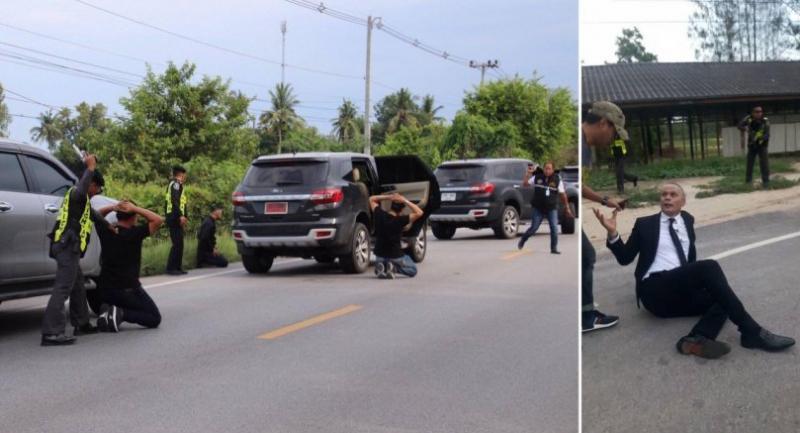 A former MP and four members of his entourage were released on bail on Sunday after being detained overnight for carrying firearms in public without permission.

Chada Thaiseth, a former Uthai Thani MP, reportedly has been on an official list of mafia-style figures.

More than 100 policemen, both in uniform and plainclothes, intercepted his convoy on a road in Uthai Thani province on Saturday afternoon.

Chada’s group was driving as many as eight vehicles and a search found several guns and illicit drugs in the cars.

“Chada was not carrying any weapon or illegal items,” his lawyer Suparerk Iamla-or on Sunday.

Suparerk said the guns were being held by members of Chada’s entourage.

He added that the man who was found in possession of illicit drugs had asked for a ride to a funeral.