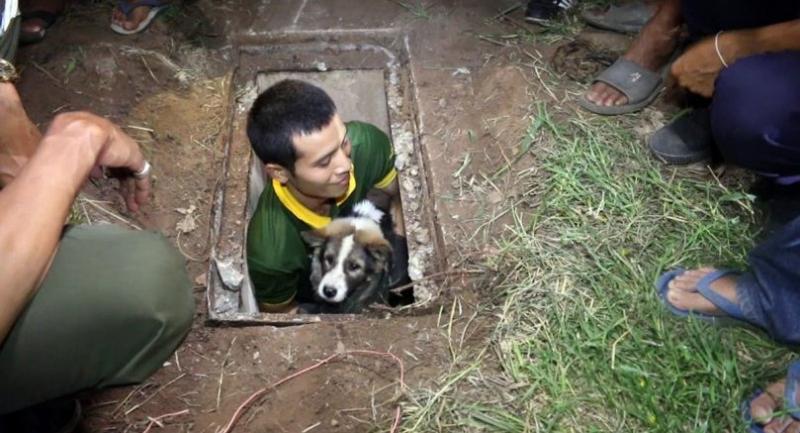 A puppy has been rescued from a roadside manhole in Nong Bua Lamphu province.

Rescuers removed the puppy from the manhole next to a highway near the Makro shopping mall in Nong Bua Lamphu’s Mueang district at about 9pm on Monday night.

A neighbour of the puppy’s owner, who lives on the opposite side of the 10-lane highway, heard the dog crying for hours so he alerted rescuers.

The owner, Sa-ngad Yaree, said the four-month-old puppy disappeared from the house three days ago.

He said he look for puppy but could not locate it until was informed by the neighbour that apparently the dog had crossed the road and fell into the manhole.