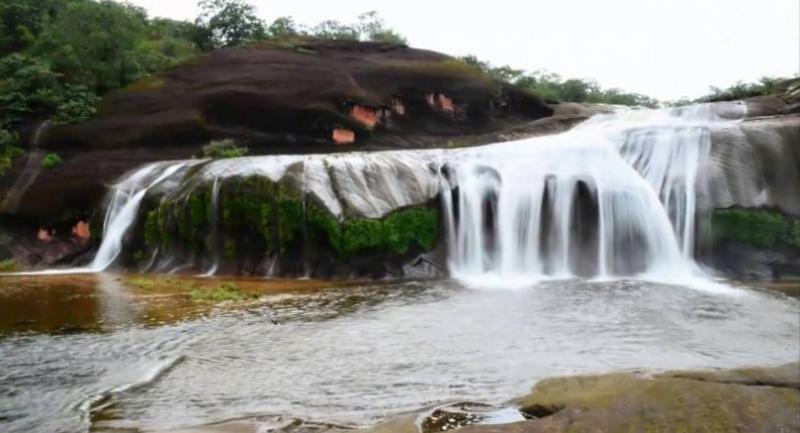 A father drowned on Wednesday in a vain bid to save his 10-year-old daughter who had fallen into the Thampra Waterfall in Puwoe National Park.

Malaysian Kee Kay Soon, 34, was visiting the waterfall in Seka district with his wife Malinee and daughter, Kee Wen Xun, along with Thai friends.

Their Thai friend, Suchart Klaisuntia, 34, told police that the group was about to leave the waterfall area when the daughter walked back to clean herself.

“The girl suddenly slipped down the rock and crashed into me. We both fell into the water. I tried to pull the girl up but it seemed that her leg got stuck with something under the water,” he said.

He said the father jumped into the water to try to save his daughter, but as he could not swim he sank in the twometredeep water and disappeared.

The mother, who also jumped into the water, was pulled out by people on the shore. However the father and his child did not survive.

Malinee wept and said that she has two children and was on a vacation to visit her hometown in Nakhon Ratchasima province.

“We are about to leave when the accident happened. It is a great loss for me,” she said.