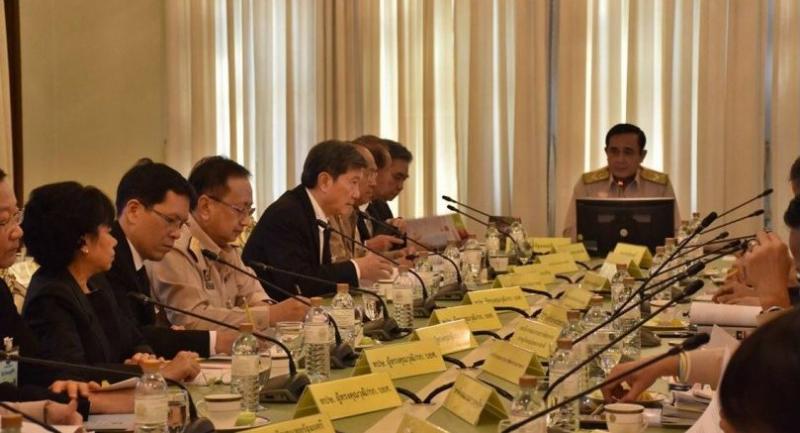 “The scrapping is impossible,” he said as he chaired the mini-Cabinet meeting on public health.

Prayut said the government was just looking into how to integrate the budget in the hands of the Public Health Ministry, the Thai Health Promotion Foundation and the National Health Security Office (NHSO) towards the same direction in response to the government policies and goals.

At the meeting, the Public Health Ministry’s five-item proposal won approval for implementation within the next 16 months.

“In line with the proposal, the Office of the Prime Minister will have to pass a regulation on the establishment of district-level life quality improvement committees to drive Pracha Rath works,” Public Health Minister Piyasakol Sakolsatayadorn said.

He added that the proposal would have family-medicine clinics set up in urban zones with the budget of Bt150 per head.

“The proposal will also require the NHSO, the Comptroller-General’s Department, and the Social Security Office to adjust their reimbursement process in support of family-medicine clinic operations,” he said.

Piyasakol said the approved proposal also sought to provide extra motivation for doctors in the fields of family medicine, epidemiology, and the emergency medicine.

He added that efforts would also be integrated to develop special health zone strategies.