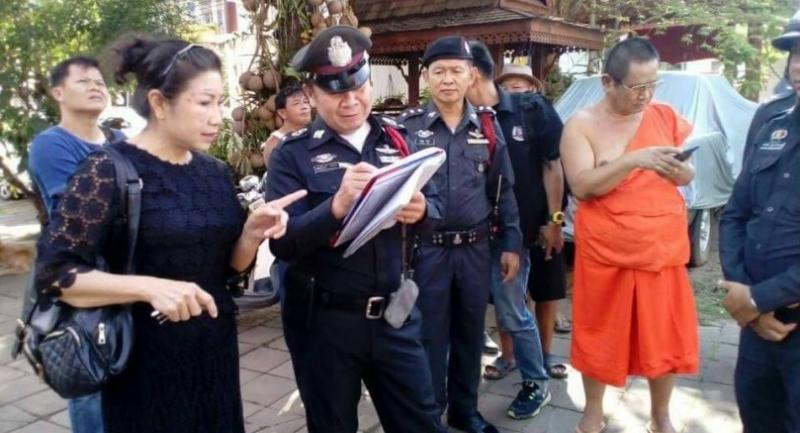 A monk died after he fell from a ladder while cleaning the upper outside wall of the chapel of his temple in Nan province on Monday.

Police said the body of Phra Chatree Pibal, 50, was spotted at the ground outside the chapel of Wat Chang Puek in tambon Naiwieng, Muang district, at just before 5pm.

Charoon Numong, 61, a staff member of the temple, said he came to the temple to clean it and spotted the body, which had a head wound.

Phrakru Sunthorn Nanthakij, the abbot of the temple, said the monk has been staying at the temple for a year and was a diligent worker but often had seizures.

Police suspect that the monk had a seizure while cleaning the chapel and fell to his death.