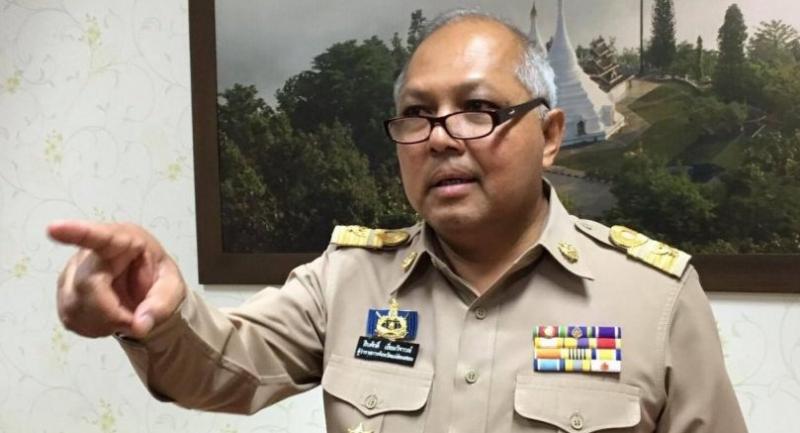 Public prosecutors have decided not to indict ex-Mae Hong Song Governor Suebsak Iamwichan who had previously been cleared by police of accusations that he bought sexual services from a minor involved in the province's forced prostitution ring.

Pol Col Satasak Pimolthip, superintendent of the Muang Mae Hong Son police station, said on Friday that police investigators – as well as the committee overseeing the investigation into the scandal – had sent their opinion, that Suebsak was deemed not to be involved in the alleged wrongdoing, to the Provincial Police Region 5 chief.

The report was passed on to prosecutors who agreed on Friday not to indict Suebsak, he said.

Satasak said he had been transferred to be superintendent at a precinct in Lamphun from tomorrow  as part of the usual police shuffle, because he had served in Mae Hong Son for more than three years. He said he would still be part of the committee overseeing the scandal investigation.

All of the suspects in 37 cases related to the scandal had been released on bail while investigators interviewed witnesses and gathered evidence before the cases are passed on to prosecutors for indictment, he added.