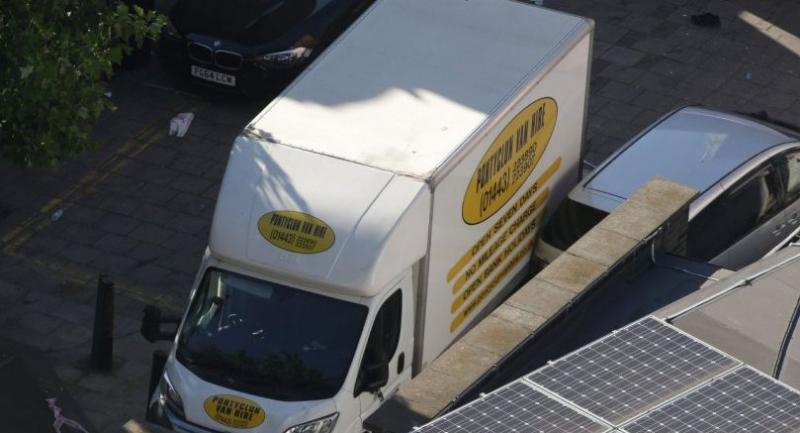 A view of the van believed to have been used in the attack on pedestrians in Finsbury Park area of north London on June 19, 2017.// AFP PHOTO

LONDON - British Prime Minister Theresa May said an incident in which a van ploughed through pedestrians near a mosque in north London overnight was being treated "as a potential terrorist attack".

"I will chair an emergency meeting later this morning. All my thoughts are with the victims, their families and the emergency services on the scene," she said in a statement on Monday.