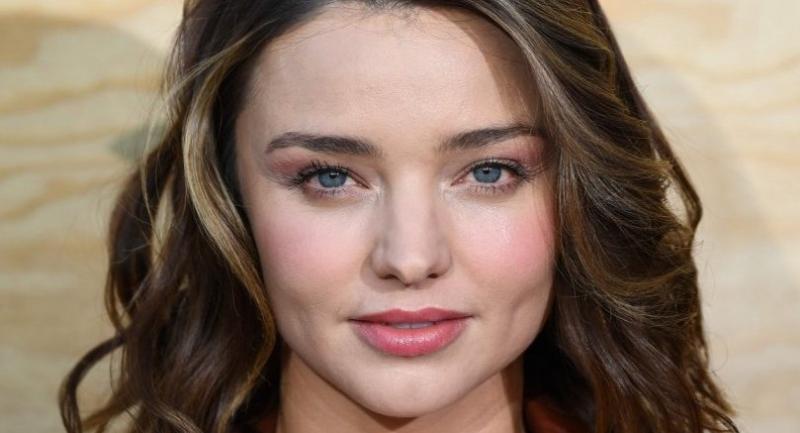 This file photo taken on April 11, 2017 shows Australian model Miranda Kerr during a photocall ahead of a diner for the launch of a Louis Vuitton leather goods collection in collaboration with US artist Jeff Koons, at the Louvre in Paris./AFP

LOS ANGELES - Australian model Miranda Kerr has turned over $8.1 million worth of jewelry to the US Justice Department following allegations that the items were linked to a massive money-laundering scheme involving a Malaysian sovereign wealth fund.

Kerr handed over the jewelry -- given to her by Malaysian financier Jho Low -- last Friday to federal agents in Los Angeles, a spokesman for the model told AFP.

"From the start of the inquiry, Miranda Kerr cooperated fully and pledged to turn over the gifts of jewelry to the government," he said.

"Ms Kerr will continue to assist with the inquiry in any way she can," he added.

Kerr is among a number of celebrities who have been sucked into the scandal involving the Malaysian fund called 1Malaysia Development Bhd, or 1MDB.

Earlier this month, Hollywood star Leonardo DiCaprio turned over an Oscar won by Marlon Brando, along with other gifts given to him by Low, who allegedly laundered more than $400 million stolen from 1MDB through an account in the United States.

Neither Kerr nor DiCaprio are defendants in civil-forfeiture lawsuits filed by the justice department in the case.

The scandal has rocked the Malaysian governing class, exposing Prime Minister Najib Razak to allegations of corruption, which he has denied.

Razak created the 1MDB fund shortly after coming to power in 2009, saying it would help modernize the country.

1MDB now carries debt of some 10 billion euros ($11.2 billion). The prime minister and fund officials have consistently denied any wrongdoing.