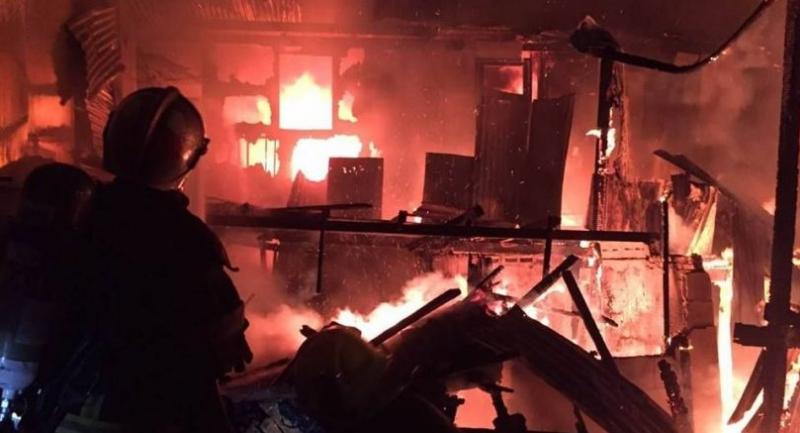 An elderly woman was severely injured in a fire that gutted 10 houses in Bangkok’s Klong Toey squatter community early Wednesday.

The fire broke out at 2.30am at the Klong Toey community blocks 1, 2 and 3, on Soi Damrong Pipat off Arjnarong road in Klong Toey district.

Nutchanart Jubangtha, 79, suffered serious burns to more than 50 per cent of her body. She was taken to Chulalongkorn Hospital intensive care unit.

The woman, who earns her living by selling recyclable garbage, lives alone at the house.

It took firefighters almost an hour to control the blaze.

Police have yet to establish the cause of the fire.