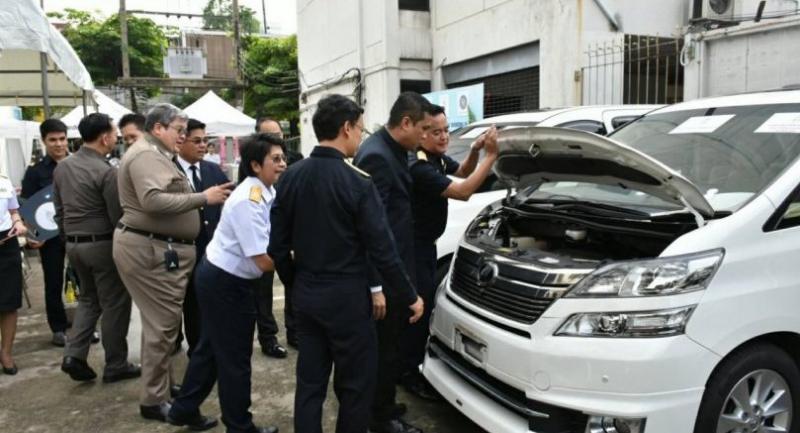 Customs Department deputy director-general Chaiyut Kumkun handed over a stolen Toyota Vellfire seven-seat minivan to a representative of the Malaysian Embassy in Thailand during a ceremony in Bangkok on Thursday.

Another Toyota Vellfire is in the process of being returned to Malaysia.

Chaiyuth said the two vehicles were among 95 stolen cars – one from Japan, one from Singapore, five from Britain and 88 from Malaysia – that had been impounded as evidence.

As the department and related agencies had agreed that cars that were not involved in ongoing criminal cases should be returned to the country of origin, other countries had been urged to file requests for their return.