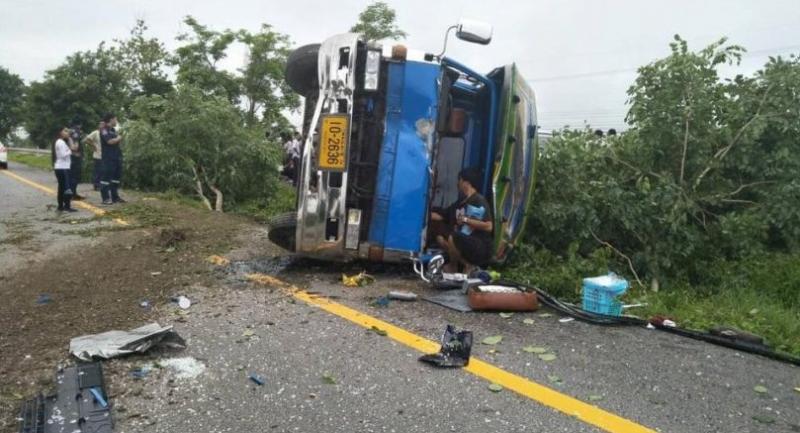 Police said the truck drove into the ditch in the middle of the road and the injured workers were sent to Klongkloong district to receive treatment.

The 34 remaining workers waited at the scene of the accident.

They were later transported to Klong Kloong Police Station to wait for another bus to deliver them to Mae Sot.

Paithoon Kerdyoo 26, the truck’s driver, said he was part of 20 trucks hired by the Samut Sakhon immigration office to deliver Myanmar workers, who did not have proper documents, to the border checkpoint in Mae Sot so that they could get proper documentation.

Paithoon said he left Samut Sakhon at 10.30pm on Sunday and the accident occurred after he fell asleep at the wheel.