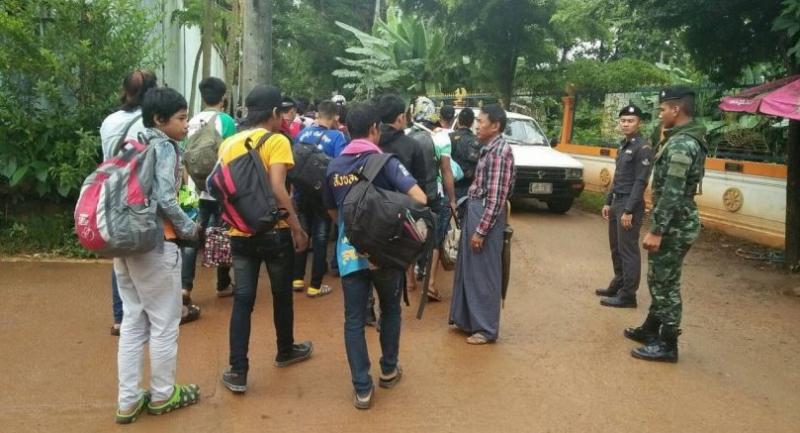 A total of 2,894 Myanmar workers have returned home via Phra Chedi Sam Ong checkpoint in Kanchanaburi province for fear of a crackdown under Thailand’s new migrant labour law, officials at the checkpoint said on Monday.

Workers have been crossing over to Myanmar via the checkpoint since June 23, a day after the new law was published in the Royal Gazette, the officials said.

Most of the workers that departed the Kingdom via the checkpoint, which is located in Sangkhla Buri district, were those returning from Samut Sakhon and Samut Songkram provinces.

Meanwhile, Samphan Kiartsommart, president of Basinee Enterprise in Sangkhla Buri, said about 3,000 Myanmar workers were employed in factories in the border district, but they entered and left Thailand on a daily basis so the new law had no effect on them.