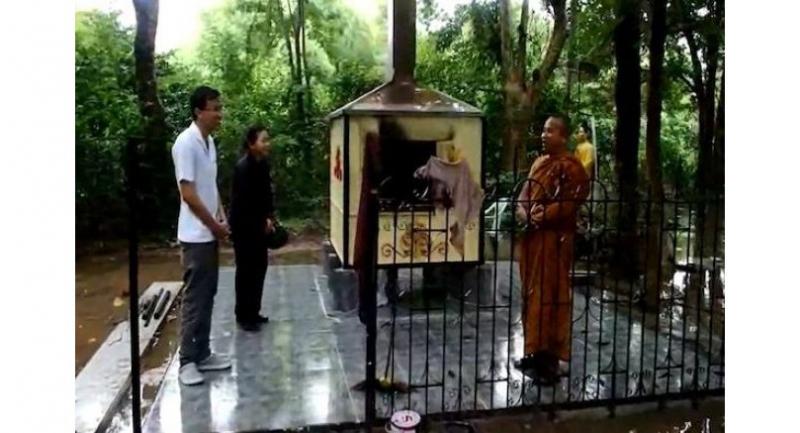 The owner of an animal hospital and an elderly animal lover have built a pet cremation incinerator at a temple in Nakhon Phanom to allow owners to give their pets a decent farewell.

The incinerator was built at the Wat That Foon in Nakhon Phanom’s Mueang district.

Ronnachai Khetsupha, 29, a veterinarian who owns the Ronnachai Animal Hospital, paid Bt106,000 for the incinerator while Uraiwan Worawichianwong, 72, paid for the tile pavement and fencing.

Ronnachai told Matichon Online that he was often asked by owners of deceased pets where they could bury them. Sometimes, owners declined to turn up to reclaim their dead pets at the hospital and other times dead stray dogs and cats were abandoned at the hosptial.

Ronnachai said he raised the issue with Uraiwan, who cares for stray animals and who regularly uses the services at his hospital.

They agreed to build a special cremation section for pets and searched until they found a temple that was willing to allow the service.

Ronnachai said pet owners can donate to the temple to use the service and they could even have monks or novices at the temple chant prayers for their deceased pets in a farewell rite.

Ronnachai said the pet cremation incinerator is the second one built in the northeastern region. The first was built at Khon Kaen University.