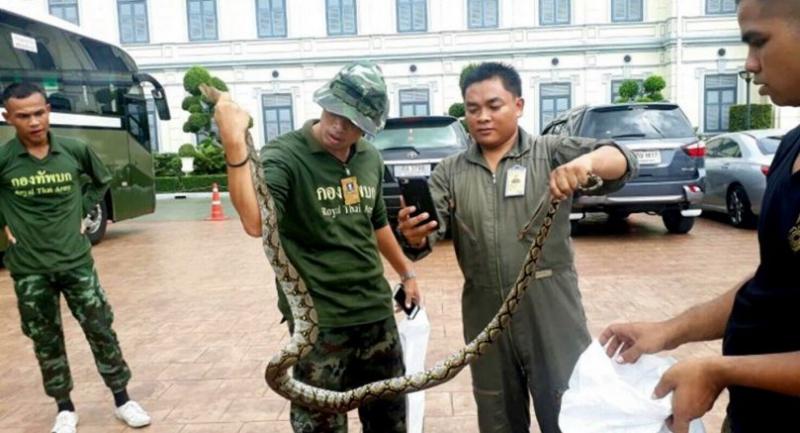 A two-metre-long python was spotted and captured at the Royal Thai Army headquarters on Wednesday morning.

Troops in charge of security inside the compound saw the snake crawling out from under the Army Museum building at 8:30am. They said it then tried to enter a new Mercedes car.

Troops took about 10 minutes to capture the python. It will be released into the wild.