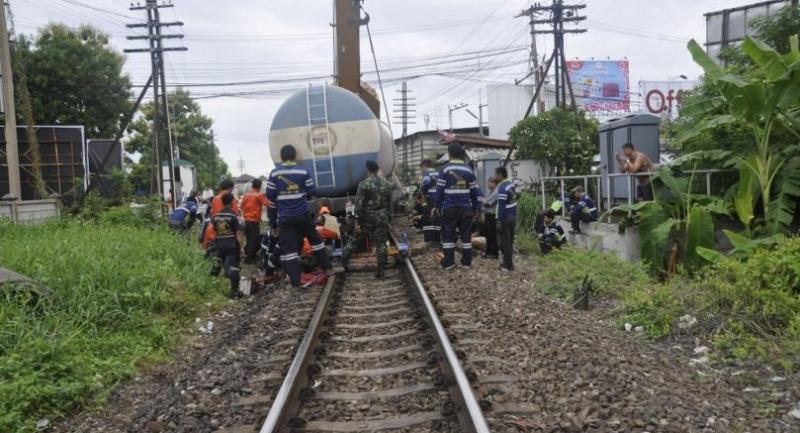 The services were suspended at 7.30pm after the nine carriages of the 20-carriage freight train derailed at the rail crossing at an intersection in Nakhon Ratchasima’s Muang district.

The train, driven by Ongarj Maha-amnart, was transporting cement belonging to TPI Polene from Saraburi province to Ubon Ratchathani province. When it reached the intersection, a wheel slipped out of a carriage, resulting in the derailment. No one was injured.

Sakchai Supjaithiang, director of railway operations of Region 2 in Nakhon Ratchasima, said he asked the State Railway of Thailand’s head office to send a crew from Bangkok to clear the track.

He said cranes in Nakhon Ratchasima could not lift the carriages because each carriage weighs some 60 tonnes due to the cement inside.

Sakchai said the salvage operation would take at least six more hours and workers would have to repair the track before services can resume.