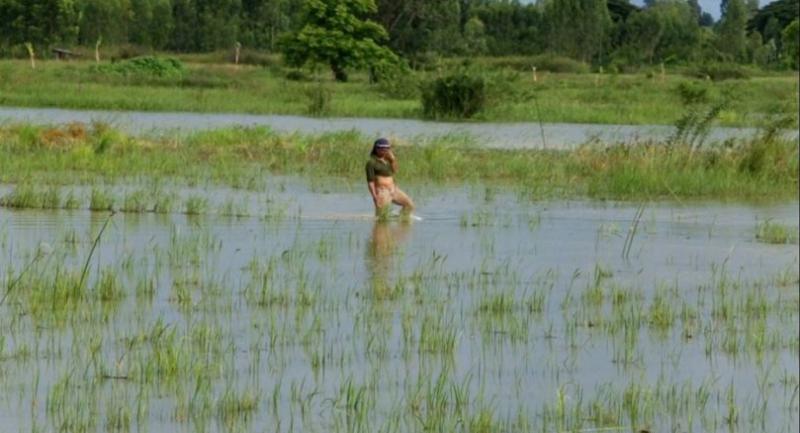 An irrigation dyke in Sakon Nakhon broke on Wednesday morning after several days of heavy rains, flooding some 1,000 rai of paddy fields in three districts.

Officials said the dyke broke at about 9am, unleashing water from the Nong Harn Lake to flood rice fields in Mueang, Phone Na Kaew and Khok Si Suphan districts.

The flood waters cut off some village roads, the officials said.

Ekkapop said officials were draining the floodwaters via the That Phanom district’s floodgate in Nakhon Phanom province.

He said a bulldozer has been dispatched to fix the broken dyke.