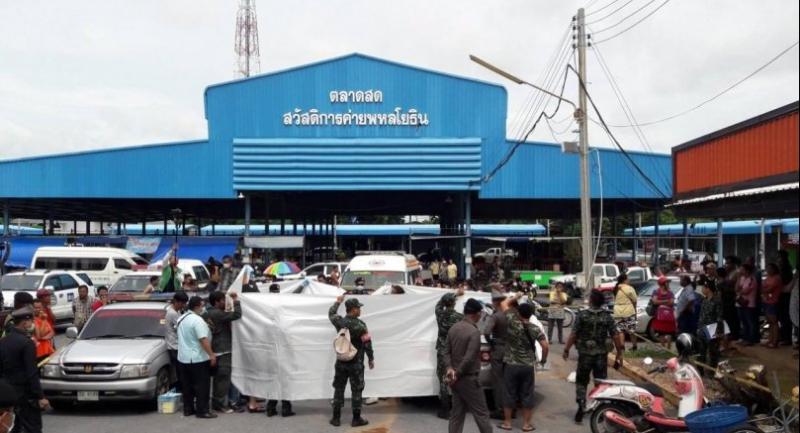 A 63-year-old Lop Buri woman, who has been missing since Friday night, was found dead and naked inside her own car at a market in the central province on Monday.

Pol Lt-Colonel Wachirakan Watana, deputy inspector of Muang Lop Buri police station, said the body of Thaweesup Singphan was found in a car in front of the Saothong market in Tambon Thakae in Muang district.

She was on the back seat with her face down.

Thaweesup’s husband, Decha Singphan, 68, said his wife left home Friday night and had been unaccounted for since then.

Decha said his wife often went to temples to meditate with friends, so he thought that she might be at a temple and had declined to pick up her phone.

The car was found the couple’s son outside the beauty shop where Thaweesup worked as a hairdresser. The son, who said he did not know that the body was inside, called his father to tell him that his mother’s car had been found.

Decha used a spare key to unlock the car and found the body. He said he did not understand why his wife had taken off her clothes.