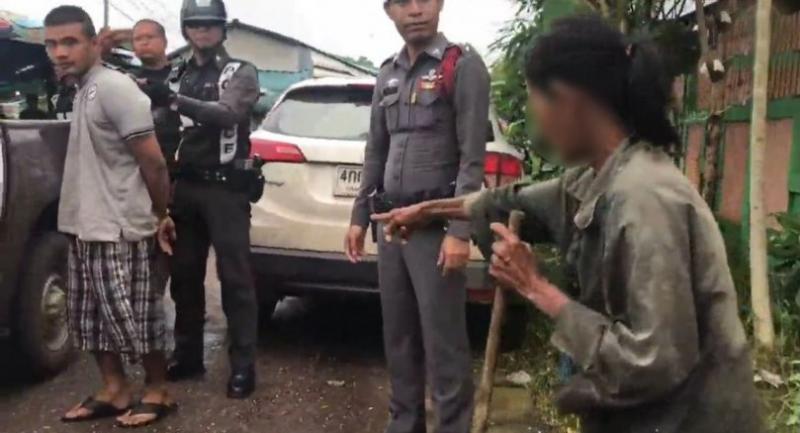 A young man said to be high from sniffing glue was arrested Thursday for allegedly raping and beating an elderly woman in Nong Khai, police said.

Sutthipong Poompeng, 23, was arrested on the roadside near the victim’s house in the None Phranao community in Nong Khai’s Mueang district at 9am.

He was arrested after the woman, 70, cried for help when the man allegedly hit her with a stick, inflicting head injuries. She was rushed to the Nong Khai Hospital.

Police said the man admitted that he was high on glue late Wednesday night when he found the elderly woman living alone and raped her. He also tried to rape her again in the morning, said police, but the woman resisted so he hit her with a stick on her arms, body and head.

The old woman said she made her living by collecting recyclable garbage to sell. A kind-heated person let her live at the house. She said she was raped at night and had not filed a complaint with police when the man tried to rape her again.