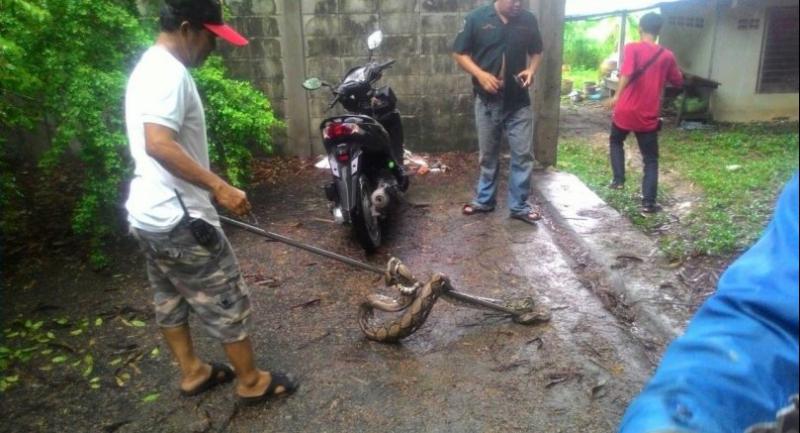 An elderly woman who lives alone in Suphan Buri woke up on Thursday morning to the shock of seeing a three-metre-long python inside her house in Tambon Tha Philiang of Suphan’s Muang district.

Thawee Pramarnpol, 72, fled outside to call for help after she found the snake in her living room at 8am.

Rescuers spent about 40 minutes capturing the python after it ate two of Thawee’s kittens.

She told rescuers that she had woken up to prepare to make merit at a temple, heard things falling in her living room, and saw the snake when she emerged from her bedroom. She said she opened her front door and told the animal to leave but it slid deeper into her house so she decided to call a local rescue foundation for help.

The python was taken to be released into the wild.