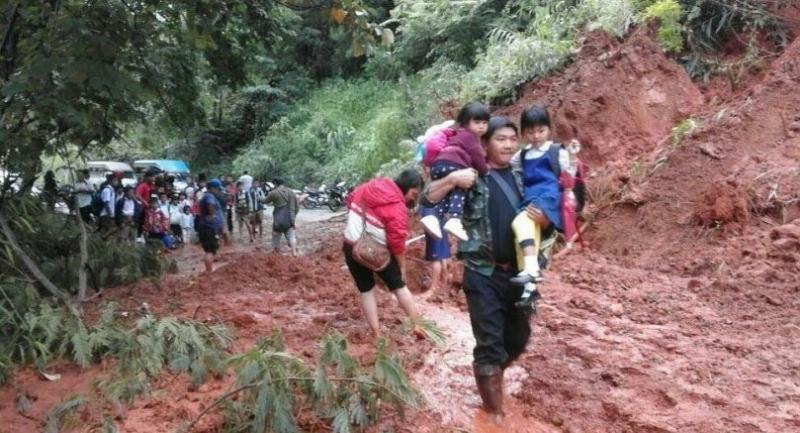 The upper part of Thailand is still recovering from downpours and flooding caused by tropical storm Talas last week as it braces for tropical storm Sonca.

Sonca is forecast to make landfall over Vietnam on Tuesday before being downgraded to a tropical depression as it moves through Laos into a low-pressure cell in Thailand’s upper North and Northeast, said Thai Meteorological Department director-general Wanchai Sakudomchai on Monday.

The storm would also bring rains to the East and some Central Thailand provinces including Bangkok, he added.

Meanwhile, the Disaster Prevention Department said 23 provinces had been hit by floods from July 5-22, and Ayutthaya, Phichit, Uttaradit and Phayao had not yet recovered. Mae Hong Son authorities are preparing for floods and landslides in the wake of Sonca, and the Pai River is brimming.

Many homes and roads in low-lying parts of the Tambon Tap Khlo municipality have been submerged since Sunday, when runoff from the Phetchabun Mountain Range caused the Wang Daeng River to overflow. The situation improved in the afternoon, leaving only 100 homes in the worst-hit Talad Tai and Suan Pho communities still inundated.

Officials brought in machines to drain water from affected areas, and said they expected the situation to be back to normal within one or two days if there was no more rainfall. In Pathum Thani’s Sam Khok district, officials were on alert to prepare manpower and tools to tackle flooding caused by the northern runoff, which would hit the province at the same time as seasonal seawater inflows on Tuesday and Wednesday.

Riverside residents were told to move their belongings to higher grounds.