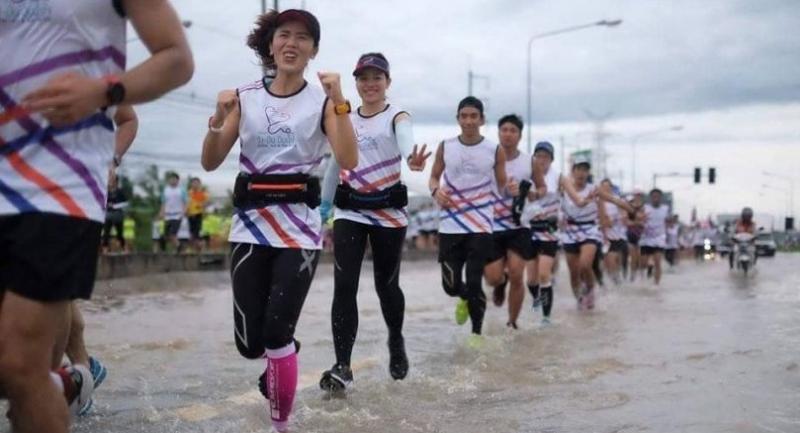 The “3gether: Run & Ride for Life” that had runners and cyclists spreading out across the country from July 22 to 28 raised Bt51.8 million to help rural people get the medical attention they need, the organisers announced on Friday.

The event, sponsored by the faculties of medicine at Chiang Mai, Khon Kaen and Prince of Songkhla universities hosted the campaign, covered 2,700 kilometres in those seven days. Participants started from Bangkok on July 22 and split into three groups heading to the three universities, with the campaign officially ending on Friday at 9am.

They also attended ceremonies extending blessings and best wishes to His Majesty King Maha Vajiralongkorn on his birthday.

Anyone interested in donating to the campaign can do so until August 31 through Bangkok Bank account 641-3-009595 under the name “3gether: Run & Ride for Life”.

More details are available at www.facebook.com/3getherRunRideforLife.