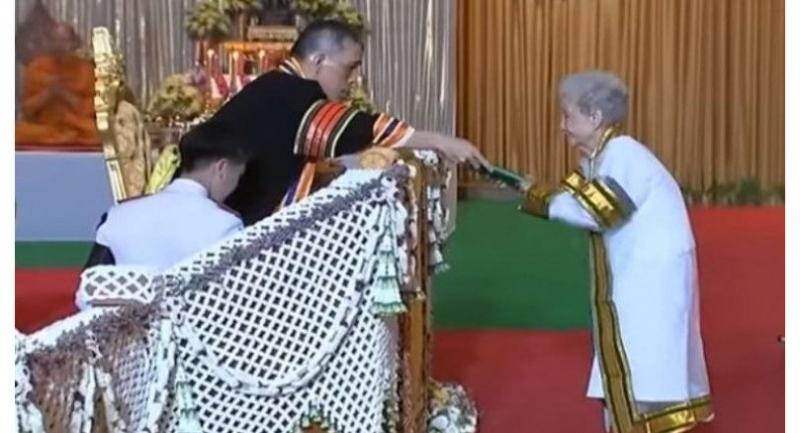 Ninety-one-year-old Kimlan Jinakul’s dream came true on Wednesday when she finally received a bachelor’s degree from the hand of HM King Maha Vajiralongkorn during a graduation ceremony in Bangkok.

After more than a decade of determination to continue her education, she got a degree in Human and Family Development from Sukhothai Thammathirat Open University (STOU)’s School of Human Ecology.

Kimlan, a Phayao native, is proud to be one of the university’s most senior graduates this year.

In a recent interview with Thai PBS, the physically fit grandmother recalled that she applied for the study program in 1998 but then temporarily suspended studying due to family issues. She resumed studies in 2011 and completed the program in 2015.

“Studying is my childhood dream. I was determined to complete a degree when I had a chance. I never thought of it as a difficult thing or an inconvenience, because knowledge is the most important factor for self-improvement,” she said. “If we don’t study, we don’t read, we won’t know and won’t be able to talk about things. If we keep learning and reading news, we will be able to keep up with the society, the country and the world.”

To promote the seniors’ education, STOU waived the Bt800 entrance fee and adjusted educational policies to cater to their needs, such as the distant learning and study content that would focus on practice rather than all-theory, acting rector Panumkas Khad-ngao-ngam said.

The university currently has 199 students aged over 60.