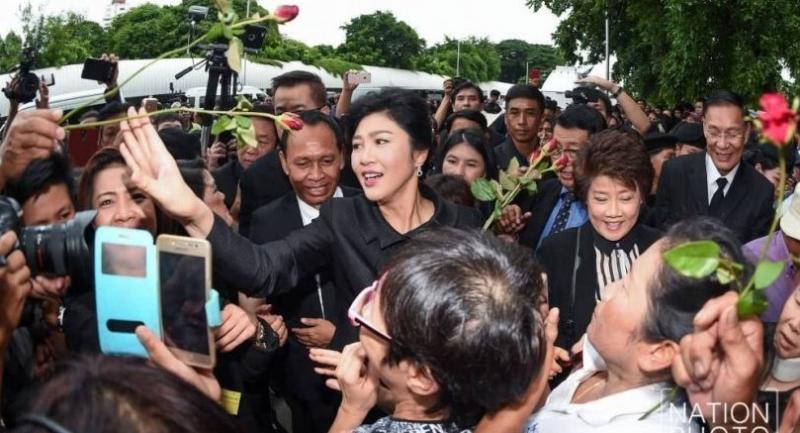 The transportation of Yingluck Shinawatra supporters to hear the verdict in her negligence trial on August 25 must be verified in certain cases, said National Security Council secretary general Thawip Netniyom.

Auditor-General Pisit Leelawachiropas on Sunday threatened to release the names of local administrative officials who are organising trips to Bangkok in support of the former prime minister.

The negligence charge against Yingluck relates to her then-government’s rice-pledging scheme, which caused massive financial damage to the country, with her trial taking place at the Supreme Court’s Criminal Division for Political Office Holders.

When she delivered her closing statement in the case on August 1, more than 1,000 of her supporters assembled at the court.

“There are reports that some local administrative body officials have planned trips under the pretext of other missions,” Pisit said.

“Local government officials have told us that there are plans to bring participants to the court too. Such actions happened before on August 1.”

He said his office was investigating the reports and would consider releasing the names of those involved.

Thawip said security officers have talked to concerned officials in each province. So there should not be any irregular moves ahead of the court verdict, he added.

A red shirt leader in Chiang Mai told The Nation that security in the province is expected to be tightened further as the date for verdict draws nearer.

The source said red shirt leaders are closely monitored by security personnel, who asked them if they planned to be in Bangkok for the verdict.

The leaders told them they will stay at home to give Yingluck moral support, the source said.

The source said the leaders have not been in touch with one another or discussed politics for some time.

Anyone travelling to Bangkok for the verdict would do so privately, the source said.