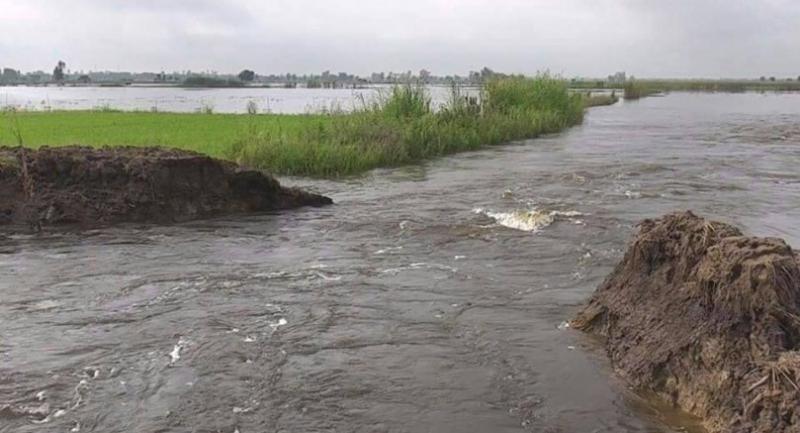 A five-metre-long breach of a flood barrier in Tambon Wangchik of Phichit's Pho Prathap Chang district has expanded into 10 metres sending floodwater into eight villages downstream as well as a vast area of farmland.

The dike in Ban Huai Tapan Moo 4 had broken on Monday afternoon and the breach has doubled in size despite efforts by local officials and residents' to plug it.

As of Tuesday afternoon, one village in Tambon Wang Chik was under up to 80 centimetres of floodwater and residents had to use boats for transportation. Another village in Tambon Pho Prathap Chang and five more villages in Tambon Phai Tha Pho were also affected, while farmers hurriedly harvested rice paddies in flooded rice fields in the three tambons.

Prematurely-harvest rice could fetch a much cheaper price of Bt4,000 per tonne but it is better than getting nothing from a wasted harvest, farmers said.