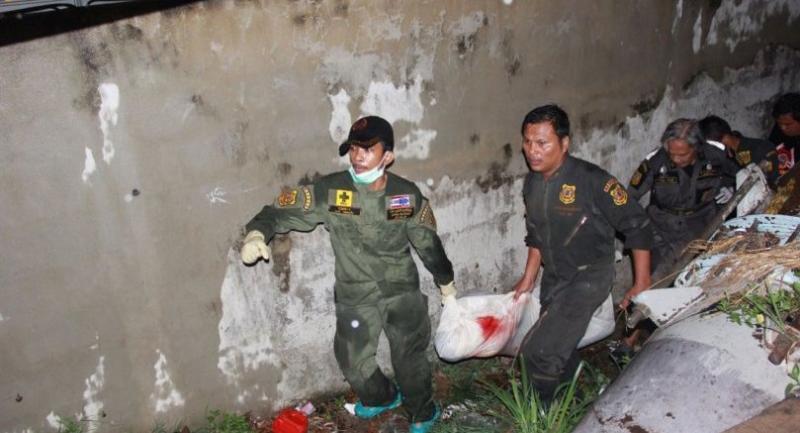 The body of a Myanmar woman, suspected to have been murdered, was found floating in a sewer manhole in Bangkok’s Prawet district on Wednesday night.

The body of Toon, 25, was found in the 1.5-metre-wide manhole of a sewer under the bridge of Krathum Suapla Temple near the Onnut-Lat Krabang Road at 10 pm.

She had been stabbed twice on the right side and three times on the left side of her chest and her throat was slit.

Her sister, Paeng, 20, told police that Toon, who looked like a man, had no permanent living place as their mother told her to leave the house because she had become an alcoholic.

The sister said Toon developed mental problems after breaking up with her girlfriend late last year.

She was last seen walking with a Myanmar man on Sunday evening.