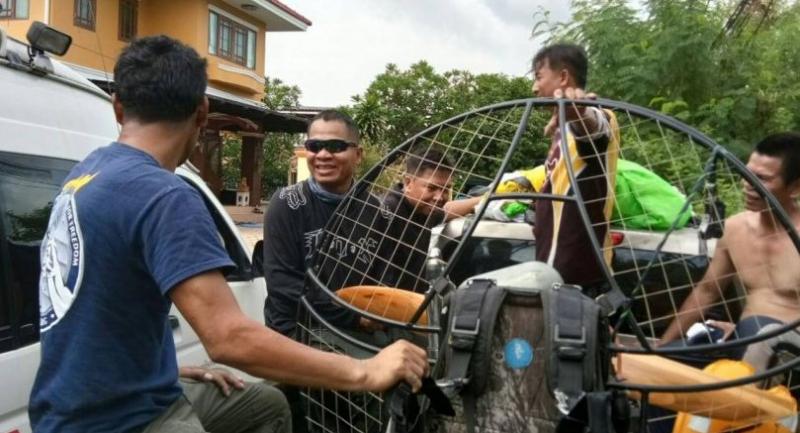 A police officer narrowly escaped death as the paramotor he was flying ran out of fuel mid-air, prompting him to perform an emergency landing on a grass field behind Pattanasuk Housing Estate in Samut Prakan’s Muang district on Sunday morning.

Following reports of the emergency landing in Tambon Bang Muang at 10am, Muang Samut Prakan Police Station officers rushed to the scene along with rescue workers to find their colleague Pol Lt Colonel Sunthraporn Jatum, who was slightly injured. Sunthraporn told officers that he was flying to make merit on the 100th day since the passing of a deceased fellow member of the local paramotor club.

He said the flight started from in front of the Tambon Theparak Administrative Organisation office. When he reached a height of 300 metres above ground, the engine suddenly went off, and he tried to guide the machine to a spot that would be safe enough for an emergency landing.