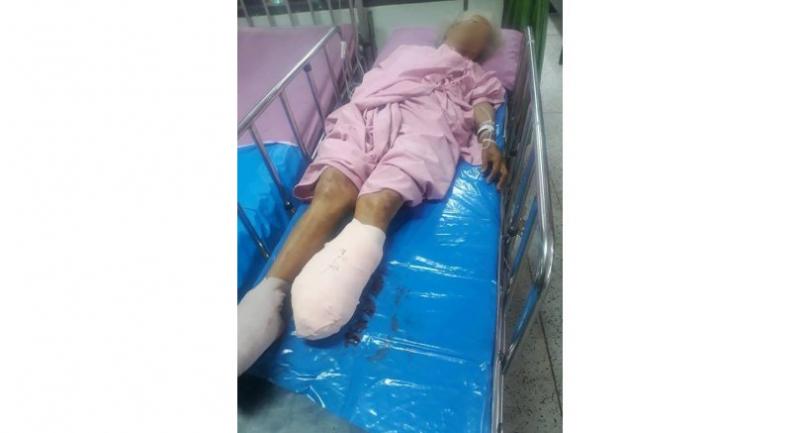 A 71-year-old woman whose left foot was severed by a train at the Pak Chong Train Station in Nakhon Ratchasima province on Sunday was recovering but her foot cannot be reattached due to serious damage, according to a report on Monday by E-jan, a social media-based news group.

Rice-cracker vendor Sukan Phrombutr was being cared for by an unnamed individual who told E-jan in a phone interview that the elderly woman’s left foot could not be reattached while the small toe on her right foot had also been shattered and had to be amputated.

Sukan was recovering while being monitored for any signs of infection.

She was reportedly walking across eight railway tracks outside the station’s crossing zone when she was hit by a 14-carriage train transporting gasoline at around 7am on Sunday.