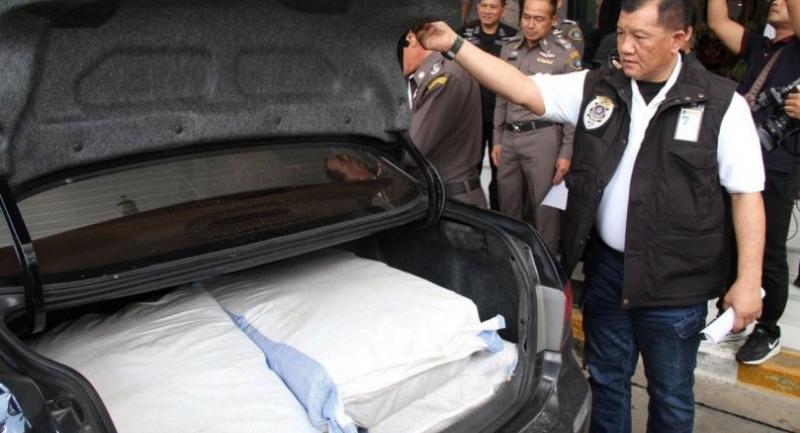 Police have arrested two Malaysians and seized 200 kilograms of methamphetamine, commonly known as “ice”, from their vehicle during a raid in Songkhla.

The suspects were identified as Lau Yong Chee, 35 and Chan Wai Yin, 49. A combined unit of Thai police and US Drug Enforcement officials investigated the information for two weeks before tracking down the suspects.

Police then followed and watched as the men turned off the road in Klong Ngae area after spotting a police checkpoint further up the road.

Police stopped the car to carry out a search but the two suspects ran away to a nearby forest, where they were finally arrested. The 200 kilograms of “ice” found in the car were hidden inside 200 Chinese 1kg tea bags. They were estimated to be worth about Bt600 million.

Both Malaysians were charged with being in possession of illegal drugs.

Jirapob said both suspects confessed to smuggling the drug and said this was their first time, a claim rejected by police.

He added that the drug could ten times worth more - or about Bt6 billion - in another country.

Also confiscated was 3,900 Malaysian ringgit in cash, a Honda Accord, gold necklace and other valuables.