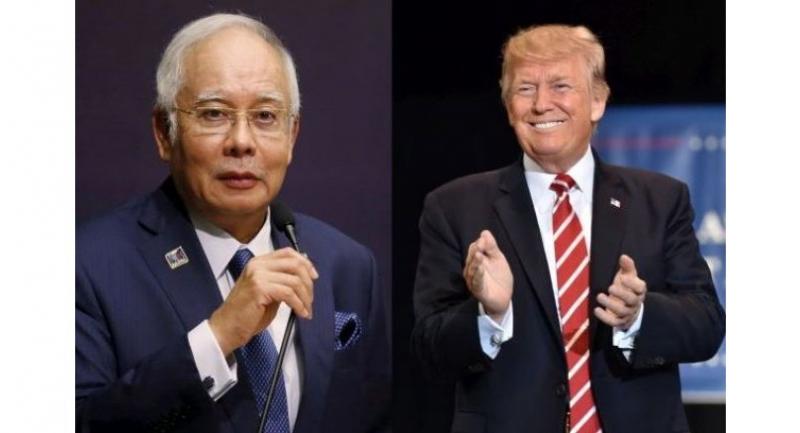 Petaling Jaya, Malaysia - PM Najib Razak has accepted an invitation by US President Donald Trump for talks at the White House in September.

Wisma Putra said in a statement that the prime minister will be undertaking a working visit to Washington at the invitation of Trump.

"At the invitation of the President of the United States of America, Donald J Trump, the Prime Minister of Malaysia Najib Tun Razak will undertake a working visit to Washington, DC on Sept 12, 2017. Malaysia and United States of America looks forward to celebrating the 60th anniversary of bilateral ties, which have been enhanced under the Prime Minister's leadership to a comprehensive partnership based on shared interests. The two leaders are expected to discuss areas of mutually beneficial cooperation, including national security, the global fight against terrorism and extremism, and trade and investment that will benefit our nations and our peoples," the Foreign Ministry said in a statement.

The White House in a statement said: “President Trump looks forward to celebrating the 60th anniversary of United States-Malaysia bilateral relations and discussing ways to strengthen and broaden our bilateral relationship and expand regional cooperation with one of America’s closest partners in Southeast Asia.”