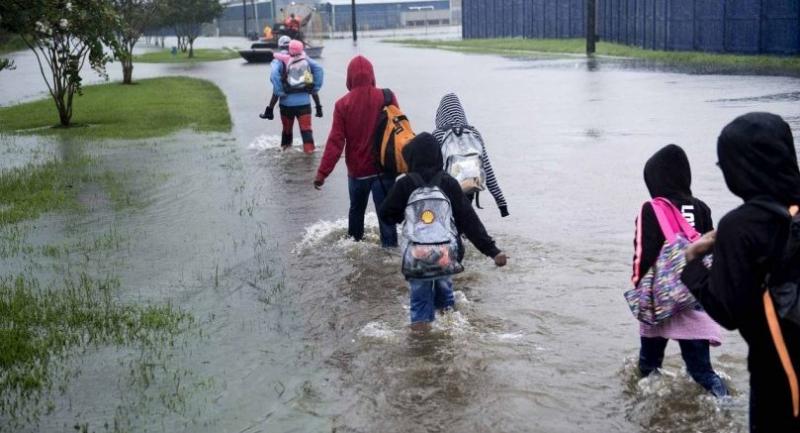 People walk to a Harris County Sherif air boat while escaping a flooded neighborhood during the aftermath of Hurricane Harvey on August 29, 2017 in Houston, Texas. / AFP PHOTO

HOUSTON - People living near a chemical plant that produces organic peroxides in flooded southeast Texas have been evacuated as a precautionary measure, authorities said Tuesday.

The plant in Harris County is owned by the French group Arkema.

The facility is flooded and some chemicals made there might react and start a fire that would belch black smoke, Arkema said in a statement.

It said nothing about how toxic the smoke might be or what kind of chemicals pose the risk.

Hydrogen peroxide is commonly used as a disinfectant.