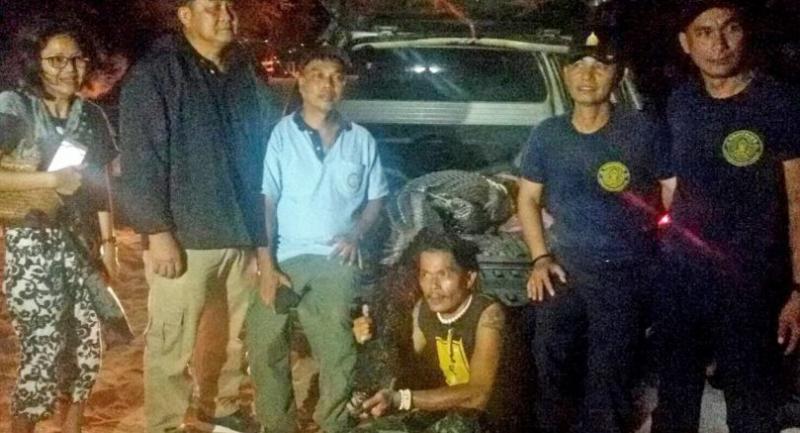 A crocodile, that was first spotted swimming off Bang Tao beach and then making its way into an old tin mine lake, has been captured after two days and two nights of hunting.

The 3 metre crocodile is a salt water crocodile, originally thought to be a fresh water croc. Headed by the Phuket Fisheries Office, croc experts and local fisherman finally captured the crocodile at 3.30 this morning. The beastie is estimated to be 200 kilograms and around 10 years old.

The reptile was first seen swimming off Bang Tao Beach last Friday and reported to Phuket Gazette by ‘Mike’. Since then the crocodile has spurred an intense search by wildlife officials and local reptile experts.