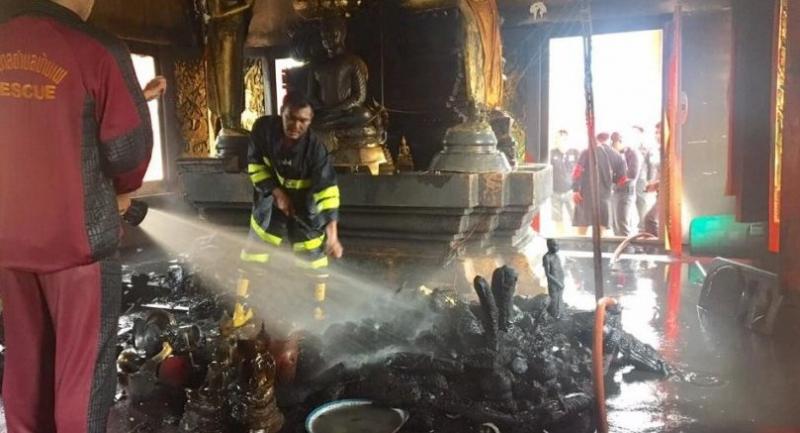 A fire broke out at an ubosot (prayer room) of Wat Nai Rai in Rayong’s Muang district on Sunday morning, damaging a mural on the ceiling and the main Buddha statue, which is worth Bt1 million.

Following the fire report at 6.30am, Pol Captain Sakol Khamyingyong of the Phae Police Station alerted fire-fighters to attend the scene. It took them about 30 minutes to put out the fire and make way for a police investigation.

It was found that the main statue, the ceiling painting and some 1,000 amulets were damaged in the fire. It is believed that the blaze was caused by a lit candle that was left unattended at the ubosot after the morning prayer routine.