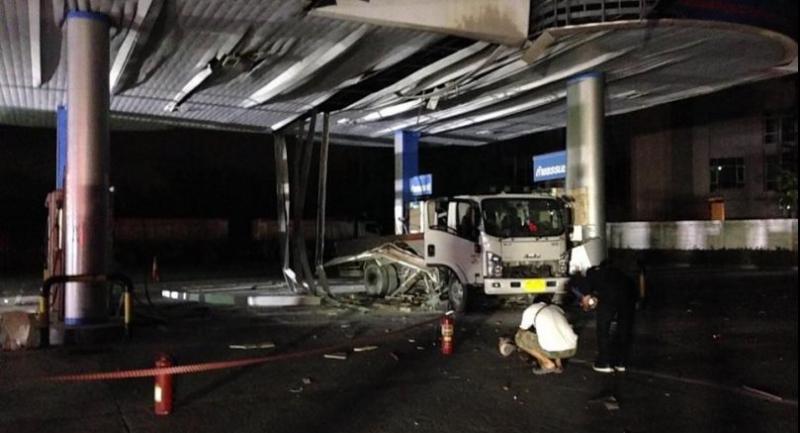 Five people were injured when an explosion occurred while a six-wheel truck was refilling with natural gas at a station in Pathum Thani on Tuesday night.

Police said the explosion occurred at 8:30pm at the PTT NGV station Tivanon branch on Rangsit-Pathum Thani near the Pathum Thani Technology college.

The other injured has yet to be identified. He was sent to the Pathumvej Hospital. Another person suffered minor injuries and did not want to be sent to hospital. The explosion also damaged two taxis that were refilling their NGV tanks. The blast blew parts of an NGV tank about 20 metres away from the vehicle. The gas pump was also damaged.

Witnesses told police they heard an explosion and saw a brief blaze.

Police said they have yet to check the cause of the explosion.