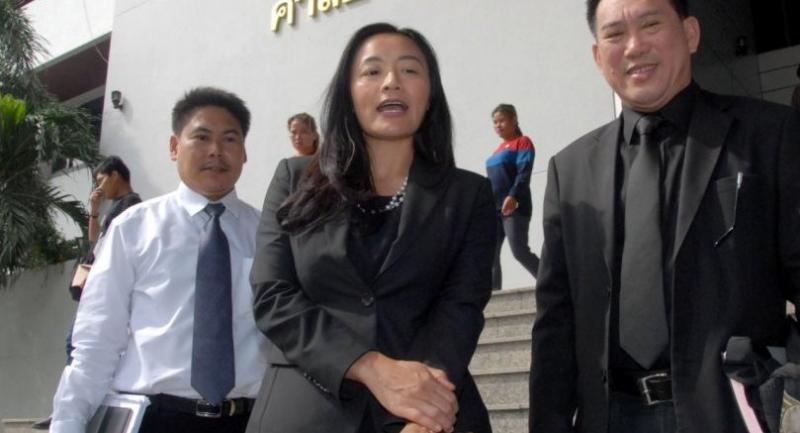 The Democrat Party’s deputy spokesperson Malika Boonmetrakul said on Thursday that there needs to be concentrated effort enforcing court orders to repay the state for financial losses.

Malika urged the government to set up a committee tasked with getting reimbursement from people found guilty by the courts of actions that caused financial losses to the state.

Malika suggested that Prime Minister General Prayut Chan-o-cha set up a panel composed of State’s attorneys and members of the Council of State.

She said there had been many cases in which final court judgements had ordered compensation over actions that led to losses affecting state budgets. Malika volunteered to be a mouthpiece demanding re-payment to the state.

Malika cited the case of former PM Thaksin Shinawatra, who in 2010 was ruled to be unusually wealthy. The court ordered the confiscation of Bt46 billion of his assets. The order was realised during Abhisit Vejjajiva’s administration.

Other cases relate to a loss of around Bt76 billion in the telecommunication sector but the ministers concerned had taken no action, she said.

“Yet, in the past three years, the government has been criticised for having no potential of doing so. Or everyone has neglected pressing for the payments ordered in court rulings,” she said.

The government should take concrete action to show that it was serious and not just talking big, she said.

If it was not PM Prayut enforcing the court orders, no one else would dare to take the step, she said.

Malika said she wants to talk with the Democrat Party’s legal department about what actions could be taken against ministers and officials for malfeasance.