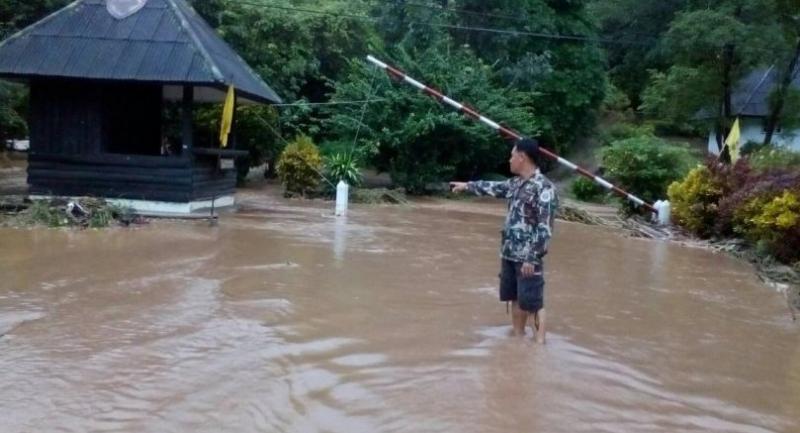 The flood, which hit the station around 11pm with 1-metre-deep water, prompted officials to move belongings to higher grounds.

As of 7am on Friday, floodwater had lowered to about a 50-cm depth. Officials were waiting to check on damages especially harm to the confiscated teak and hardwood planks that were stored at the unit’s yard next to the Khong river.

The Disaster Prevention and Mitigation Department had on Thursday warned 33 provinces of continuous heavy downpours and possible floods and landslides from September 6-10.