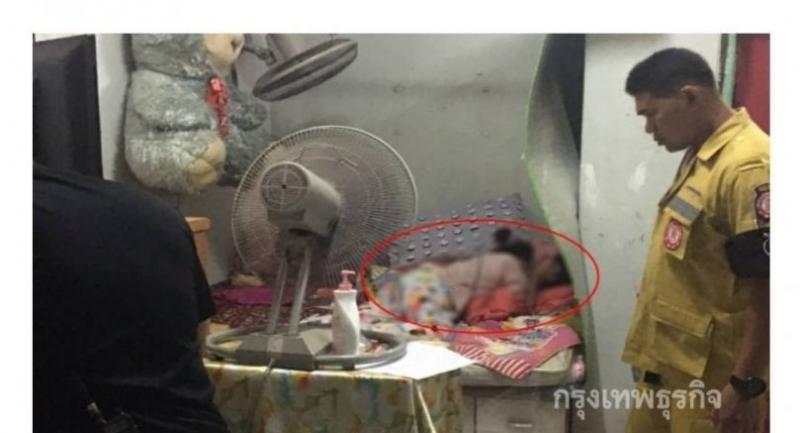 A single mother told police she strangled to death her 15-year-old autistic daughter on Monday because she could not afford to look after her.

Lieutenant Ukrit Suthirapong, deputy inspector of Thung Song Hong Police Station, went to an apartment rented by Yolawadee Suasermsiri, 52, in front of Klong Prem Central Prison after she called the station at about 3am.

Ukrit and officers from the Central Police Forensic Science Division and officials of the Poh Teck Tung Foundation found Yolawadee sitting and crying beside the body of her daughter.

The woman told police that she quit her job as a maid on Monday and strangled her daughter with a piece of cloth at about 9am that day.

She said she slept beside the body and when she woke she drank three bottles of beer and took Diazepam pills in the hope of killing herself, but she vomited.

Yolawadee said after her husband died of lung cancer three years ago, she alone was responsible for caring for her daughter.

She said she had become stressed and took two Diazepam pills a day to sleep.

She said her daughter could not take care of herself and often left the apartment, so she had to locked her in when she went to work.

Yolawadee admitted she had considered killing her daughter for some time.

She said her daughter had attended Wat Mahabutr Primary School but stopped going because of her mental disorder and had been treated at the Rajankul Institute since 2006.