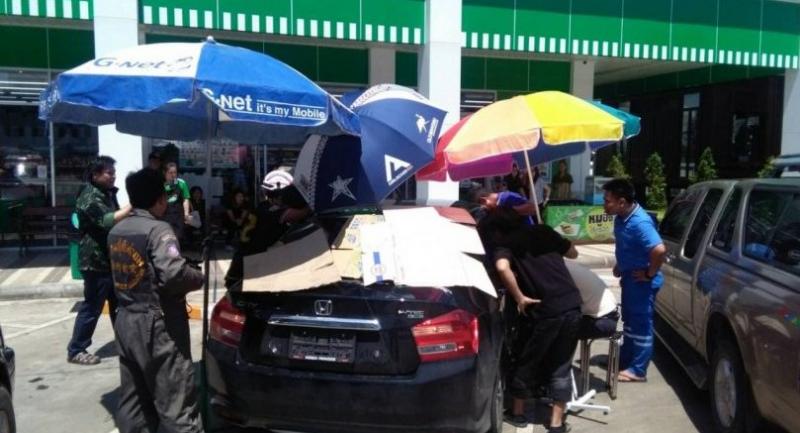 Lampang rescue workers released a Siberian dog and 13 cats that were trapped in a locked car for about 10 hours on Tuesday.

The workers took more than an hour to unlock the Honda City car with Bangkok licence plate that was parked in front of a convenience store within a petrol station in Tambon Pong Saen Thong of Lampang’s Muang district.

They successfully freed the apparently-exhausted pets at 11.30am. Police understand that the car had been parked at the site with the animals locked inside since 1am. The dog and cats were sent to the Khelang Nakhon Police Station, where police were waiting for the owner to claim them.

It was suspected that the owner is a Thai man in his 30s who was apparently intoxicated and loitering at the petrol station at 1am.