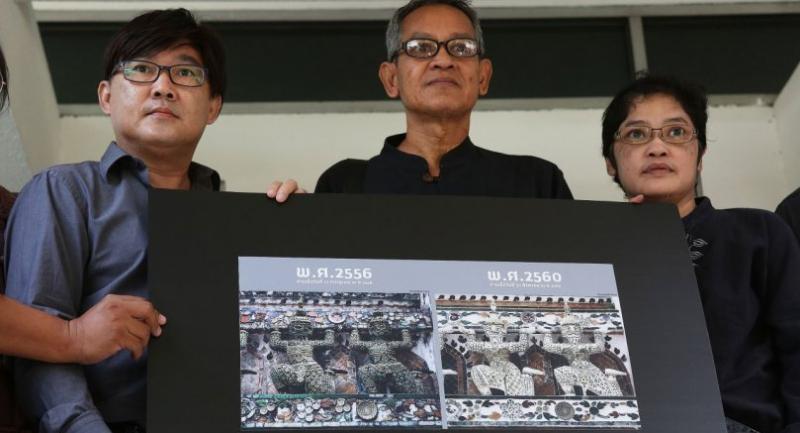 A petition has been presented to Prime Minister General Prayut Chan-o-cha urging him to halt the renovation of the stupa of the Temple of Dawn, also known as Phra Prang Wat Arun.

The petition, which has been signed by 5,000 people, says the current renovation has been improperly done and has diminished the original beauty of the stupa.

Professor Sayan Praicharnjit, former dean of the faculty of archaeology at Silpakorn University, handed the petition to the Prime Minister on Tuesday.

It asks the government to stop work on the stupa and set up a national committee to look after the renovation of archaeological sites across the country.

The petition points out several problems with the stupa renovation, which is the responsibility of the Fine Arts Department. It says the work has been poorly done, the workers on the project have low skills, and no art-value assessment or other study had been done before work began. Hence, the original beauty of the stupa’s art had been destroyed.

Sayan emphasised that the government needed to stop the renovation work and disclose details of the stupa renovation contract to the public.

He said a committee to oversee the renovation policy for all archaeological sites should comprise academics and national artists.