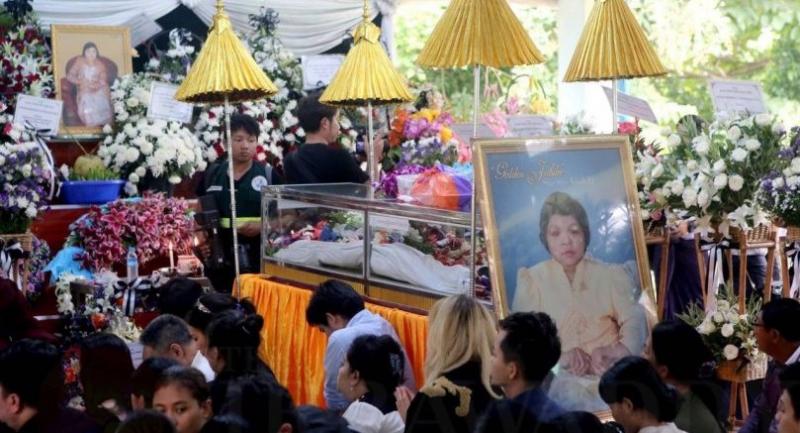 By Photos : Irawaddy, the Voice

Family of Swe Swe Win, a famous Myanmar fortune teller widely known as “ET”, who passed away on Monday has transferred her body from her place to Yayway cemetery in Yangon on Tuesday.

A religious ceremony will be held on Saturday.

She died at the age of 58 at her home in Thingankyun Township, Yangon. ET was very famous both at home and abroad, thanks to her predictions over the past decades.

She was born Swe Swe Win and given the nickname ET because of her resemblance to the character in the American film “ET the Extra-Terrestrial”.

Because she was physically disabled, blind and had a speech impediment, her sister, Thi Thi Win, translated her predictions. Her famous clients included former Thai prime minister Thaksin Shinawatra and General Than Shwe, the former Myanmar strongman politician who was the head of state of Burma (now Myanmar) from 1992 to 2011 as chairman of the State Peace and Development Council.

She reportedly earned about Bt30,000 per session, which lasted about 15 minutes.