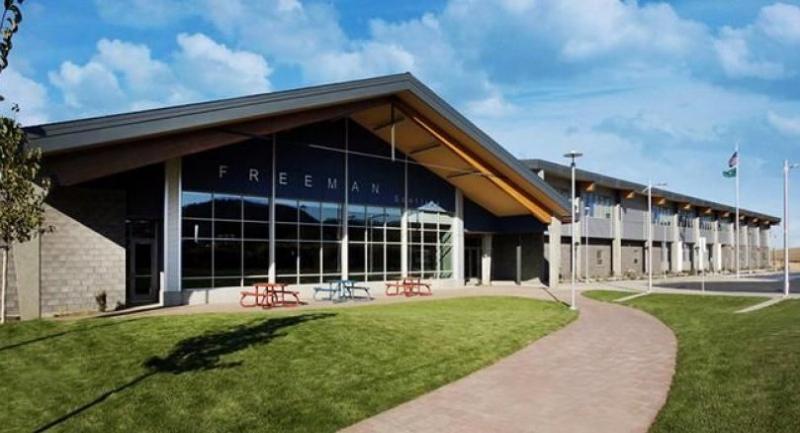 Los Angeles - A student shot and killed another student and wounded three others Wednesday at a high school in the northwestern state of Washington before being disarmed, authorities said.

The shooting took place at Freeman High School in Spokane County, Washington state, 285 miles (460 kilometers) from Seattle, where witnesses described a scene of terror as the heavily armed shooter stalked the halls.

County Sheriff Ozzie Knezovich told reporters the shooter was a student who was armed with more than one weapon, reportedly a rifle and a handgun.

"He proceeded to take his weapons out. At that point he attempted to fire one weapon and jammed," the sheriff said.

"He went to his next weapon and a student walked up to him, engaged him, and that student was shot. That student did not survive," he said.

"He then fired more shoots around down the hallway, striking three more students and those students are in the hospital," he said.

Knezovich said the shooter was finally disabled by "a member of the Freeman community," before police arrived on the scene.

The Spokesman-Review, a local news site, said the student was tackled by a school custodian.

It said the bloodshed began outside a biology class on the school's second floor.

"I was putting my backpack away and I heard a loud pop, and I turned around. He was walking around," Elisa Vigil, a 14-year-old freshman, told the Spokesman-Review.

The three wounded students were all girls, it said. They were reported in stable condition at a local hospital.

Students told the newssite the shooter was a sophomore who had ridden the school bus to classes with his weapons concealed in a duffel bag.

"We need to understand what's going on in our society that students feel they need to take a weapon to solve the problems they are dealing with," Knezovich said.

'Nice and funny and weird'

Freeman High School has only 327 students, serving a small community near the city of Spokane.

Students said everyone knew each other, and some told local media they knew the shooter.

"He was handing out a note to his friend saying he would do something stupid that could get him killed or in jail," one student told KXLY television. "That was a few weeks ago."

Michael Harper, 15, told the Spokesman-Review that he was a good friend of the shooter.

"He was weird," Harper was quoted as saying. "And he loved the show Breaking Bad. He never really seemed like that person who had issues. He was always nice and funny and weird."

A large contingent of police and firefighters responded to a call to their emergency line, and anxious parents began arriving at the school.

Cheryl Moser said her son, a freshman, called her from a second floor classroom after hearing shots fired.

"He called me and said, 'Mom, there are gunshots.' He sounded so scared. I've never heard him like that," Moser told the Spokesman-Review.

The state governor, Jay Inslee, said the shooting was "heart-breaking."

"As Spokane County officials continue their investigation to get the answers to the questions so many of us have during these unthinkable tragedies, the Washington State Patrol and all state agencies will do whatever we can to help provide support and comfort in the days and weeks to come," Inslee said.

An "active shooter" was arrested last Friday at a school in Columbus, Ohio, although no one was injured in that incident.

A year ago, an adolescent killed his father and then shot and wounded two children and a teacher at a South Carolina primary school.

According to the Gun Violence website, 253 mass shootings -- defined as four or more people shot in a single incident -- have been reported in the United States so far this year, including Wednesday's shooting in Washington state.//AFP