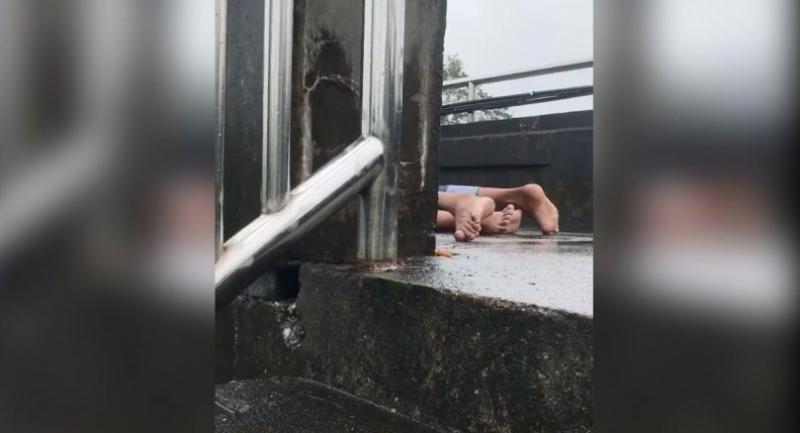 Police are hunting for a foreign couple after it is believed they had sex on a pedestrian bridge in Rayong’s Wang Chan district on Sunday afternoon.

If found, they would be charged with public indecency, he said.

Prasong ordered the action after a Facebook user, Adisak Khawsa-ard, posted on his Facebook pictures of the couple apparently having sex on the bridge in the rain.

Adisak said the couple may have thought the bridge would not be when it rains.

He said he saw the couple kissing at a bus stop before they walked to the bridge.

He said the bridge in front of Ban Pleng Ta Lam School is rarely used on weekends.

He saw the couple use the bridge a week earlier.

His post led to outrage among social media users.