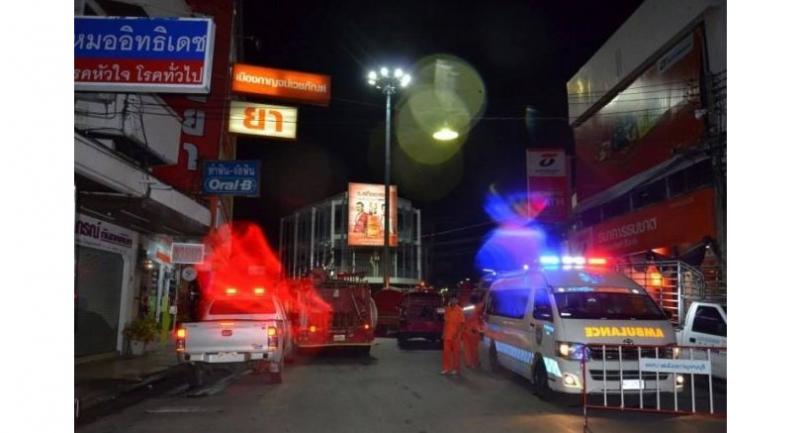 Fire fighters managed to rescue a wedding dress shop owner from a blaze in a house and shop in Kanchanaburi’s Muang district overnight.

Police said the fire broke out at the three-storey wedding shop near the municipality fresh at about 20 minutes after midnight on Tuesday.

Eight fire engines rushed to the scene. When fire fighters arrived, they spotted the shop owner, Kasem Kulsuwan, 55, trapped on the balcony on the second floor choking on smoke.

Fire fighters used a ladder to climb the balcony to rescue him.

Police said Tham Chiewpreecha, 18, who lives on the third floor, managed to escape the fire before the fire fighters arrived.

Fire engines took about 15 minutes to put out the blaze.

Police said the fire damaged the kitchen, a refrigerator and a washing machine in the house. They the fire was caused by short circuit.