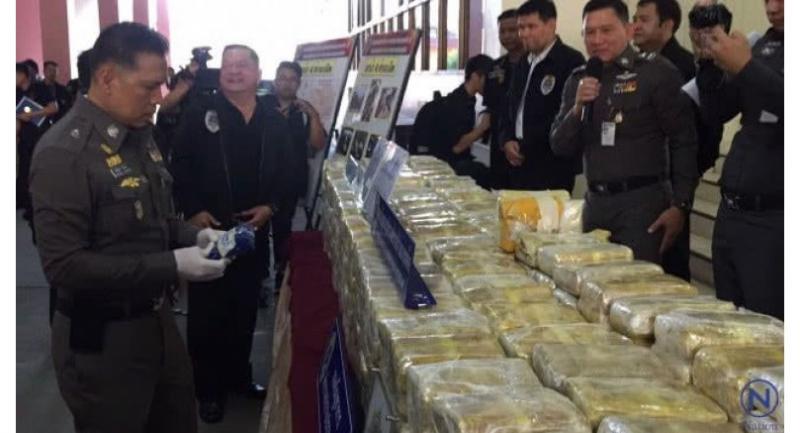 Police announced on Wednesday that four men – three Thais and a Lao – had been arrested two days earlier for allegedly smuggling four million methamphetamine pills into the country.

He said the pickup carrying the quartet was tracked from Udon Thani after bringing the drugs across the border and stopped in Maha Sarakham.