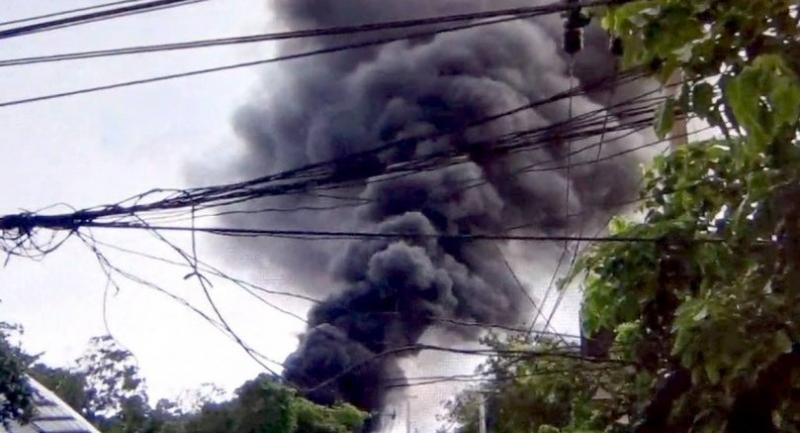 It was suspected that the large blaze began after some people set fire to car tyres near the garbage piles, which had been lying there for a week pending transport to the mainland.

The fire sent thick smoke that could been seen from far.

As of production time, officials were still trying to control the blaze amid concerns that it might affect tourism on Koh Tao.