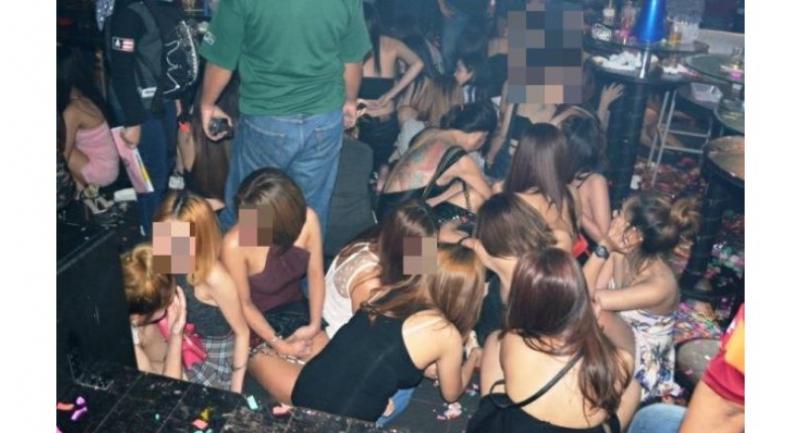 Kuala Lumpur : The Immigration Department has arrested a total of 80 foreigners, including 54 Thai women and four Thai transvestites, during a raid on an entertainment outlet in Kepong here.

Its director-general Mustafar Ali said that a total of 143 people were screened during the raid on Wednesday.

In a statement Thursday, Mustafar said the raid, codenamed Ops Gegar, was carried out by 35 officers from the Intelligence, Special Operations and Analysis Division.

He added that a total of 54 Thai women and four Thai transvestites, eight women from Laos and two women from Indonesia were arrested.

He said all 80 foreigners detained are believed to be working either as guest relations officers (GRO), dancers, singers, musicians or waiters in the entertainment outlet.

Mustafar said that intelligence gathered and monitoring by the Quick Response Team found that there were immoral activities as well as prostitution in the premises.

He added that there were catwalk performances on the stage including "flower garland" activities.

"The payment for a flower garland is RM20, a crown is RM100 while a robe is RM668. Customers would give these items to the women they choose as 'tips'.

"Customers who bought robes would be allowed the take the women out of the premises with them," he said

Mustafar added that four locals, including a woman, were detained, and are believed to be working as supervisors or pimps.

He added that based on initial questioning, the department found that the GROs had entered Malaysia using 30-day social visit passes.

Mustafar said that those detained will be held at the Bukit Jalil Immigration Detention Depot.