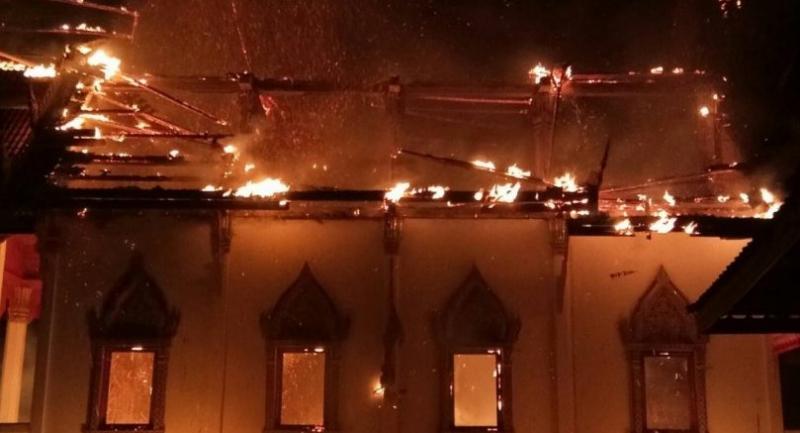 A chapel in a small Phrae temple with two monks was damaged by a fire late on Thursday night.

Police said the two monks were woken up at 10.45am when nearby residents spotted thick smoke coming out of the chapel.

Police believe the fire was caused by a short circuit.

The village head, tambon chief and Sitthichai Chaisurat, president of the Tambon Huay Ma Administrative Organisation, erected a tent in the temple to receive public donations to help the two monks restore the damaged chapel.