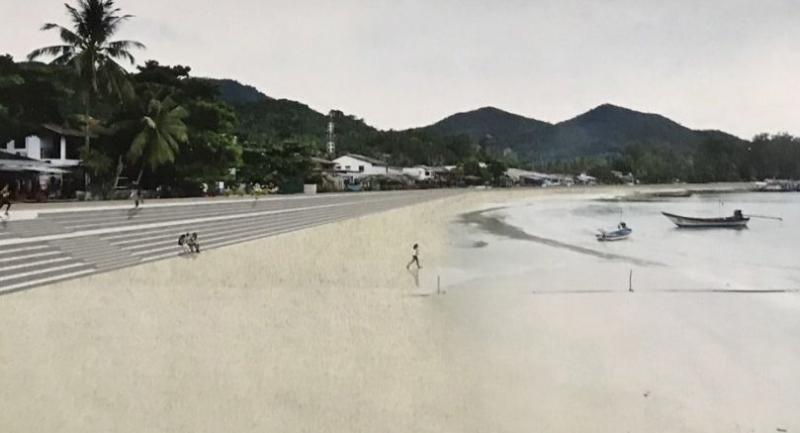 Local residents near a beach in the tourist destination of Koh Pha Ngan expressed full support on Friday for the government to build a dam against beach erosion.

The support was expressed at the second hearing on the beach dam project of the Public Works and Town Planning Department of the Interior Ministry, which was held at Wat Chaloklam on the island district for residents of Ban Chaloklam village.

Pha Ngan’s district chief, Krikkrai Songthanee, chaired the hearing at which representatives of the department, an advisory firm and environmentalist Amarin Soambankruad briefed the villagers on project details.

Officials said the dam would be about 1,085 metres long and would be a declining ladder dam built with concrete reinforced with steel.

Village head Pongsak Harnkla, village head told the meeting that the beach had been eroding for years because of strong waves – especially during the monsoon season in November and December.

Chote Mueangthong, 87, a local resident, said he believed the dam project would benefit the village. He said the dam would restore the beach and also prevent houses from collapsing due to erosion.

The second hearing found that 90 per cent of the local villagers expressed support for the project.