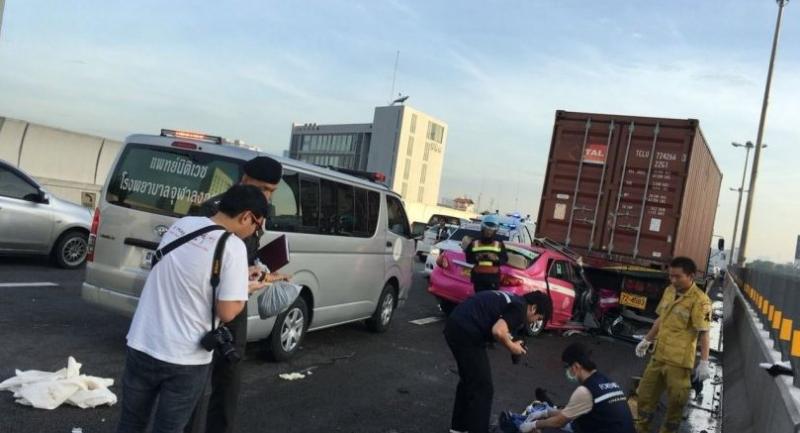 A taxi driver was killed and his passenger injured when the vehicle crashed into the back of a trailer truck on Bhumibol Bridge in Bangkok’s Yannawa district on Tuesday morning.

When police arrived at the scene the driver of the Thong Thae Transport company truck was not there. It was not known if the driver had fled after the accident or if he had gone to seek help after the vehicle broke down.

Police said the accident happened at 6am. The taxi crashed into the rear of a truck in the right-hand lane on the bridge, about 200 metres before the exit to Rama III road in Bang Pong Pang sub-district, Yannawa district. The taxi driver, Samran Chailert, 59, was killed instantly and an unidentified female passenger was taken to Bang Pakok hospital.

Police launched a search for the truck driver.

Police had to close traffic on the bridge for about an hour to remove the two vehicles, causing a jam on the Phra Pradaeng side on the bridge heading to Rama III Road.