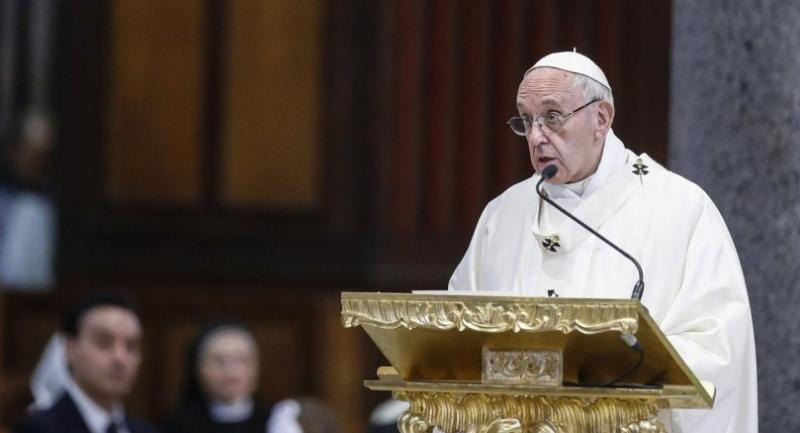 Yangon - Pope Francis will push for peace during his visit to mainly-Buddhist Myanmar, a church official said Thursday, a trip that plunges the pontiff into the centre of a simmering religious conflict which has sparked an exodus of Muslim Rohingya.
Myanmar's western Rakhine state has been torn apart by communal bloodshed, sending more than 520,000 Rohingya racing over to neighbouring Bangladesh since late August.

The leader of the world's Catholics will visit both nations on a highly charged trip in late November -- although there are currently no plans to stop in strife-torn Rakhine or the refugee camps in Bangladesh.

"We don't know yet what will be in his speech... but he is coming for the sake of the country and he will be talking about peace," Father Mariano Soe Naing, a spokesman for the Catholic Bishop's Conference of Myanmar, told AFP.

"There won't be any interfaith meetings (in Myanmar) because of the lack of time," he added.

He will talk with de facto leader Aung San Suu Kyi, a Nobel peace prize laureate who has sparked international dismay for her perceived lack of sympathy towards the Rohingya and unwillingness to condemn alleged atrocities by the army.

The UN has accused Myanmar's military of using a crackdown on Rohingya militants to violently expel the entire Muslim minority -- a persecuted group the Pope has previously called "brothers and sisters".

Authorities have denied that charge and accused Rohingya insurgents of terrorising ethnic Rakhine Buddhists and Hindus in Rakhine.

Any further comments from the Pope seen as expressing support for the Rohingya could provoke a backlash from the Buddhist-majority public, who loathe the Muslim minority and have railed against global support for the group.

Some 200,000 people are expected to attend a mass led by Francis in Kyaikkasan Grounds, a stadium in Yangon, Father Mariano added.

After Myanmar the Pope will head to Bangladesh, which has had to absorb more than half a million Rohingya refugees in squalid border camps, putting a significant strain on the two countries' ties.

- 'Good and peaceful people' -
Suu Kyi, Myanmar's first civilian leader in decades, addressed the Rakhine crisis in a televised speech Thursday evening, calling for "humanitarian aid" to be distributed in the state.

She has so far been unsucessful in parrying global outcry over the crisis, despite efforts in recent days by her government to push its credentials as a uniting force across religious lines.

Myanmar has a small roughly half a million Catholic population, mainly in the remote north.

The Southeast Asian nation and the Vatican only established full diplomatic relations in May, shortly after Suu Kyi met Pope Francis during a European tour.

That visit was overshadowed by her country's treatment of the Rohingya, who are denied citizenship and have previously been displaced in huge numbers by communal violence and army campaigns.

Only weeks before the meeting Francis described the Muslim minority as "brothers and sisters" who were being tortured and killed for their faith.

He added they were "good and peaceful people who have suffered for years".

That puts Francis at odds with many inside Myanmar, where anti-Rohingya hatred has festered for years.

Many, including the army and government officials, refuse to use the term Rohingya and instead insist the group are illegal "Bengali" immigrants.

"This is a Buddhist country so I don't understand why the Pope should come here," Maung Thway Chon, the founder of a newly-formed ultra-nationalist political party, told AFP.

"People are very angry about what he said about Bengalis," he added.

Others in Yangon, Myanmar's largest city, welcomed the pontiff as a potential ally.

"Christians and Buddhists are the same, we are peaceful, not like the Muslims," said a Yangon taxi driver who only gave his name as Pani.

Suu Kyi, who lacks control over the powerful army, is desperate to stop religious bloodshed from erupting in other parts of the diverse country.

Earlier this week her party held an interfaith rally.

But her calls for unity have been met with outrage from detractors who accuse her glossing over the Rohingya's suffering.//AFP